Science is for understanding. The humanities find happiness in knowledge

“How am I to be happy, or, more philosophically: how am I to live?”

Only twice in the history of Western civilisation has philosophy assumed the leading role in human governance: in ancient Greece and during the Enlightenment. According to Immanuel Kant, the motto of the Enlightenment was “Sapere aude!”, or “Have the courage to use your own reason!” This was, and surely remains, a claim of revolutionary proportions. Aside from undermining the power and legitimacy of the church, the spirit of the Enlightenment also lent a new validity to the scientific temper, which has since come to dominate our understanding of ourselves and our environment. Yet in his most famous work, The Critique of Pure Reason, Kant writes that he “found it necessary to deny knowledge to make room for faith.” For all its merits, Kant suggests, explicit knowledge of the kind sought by natural science would never provide us with a complete understanding of what it means to be human.

Nearly 240 years after Kant’s proclamation on the limits of knowledge, however, fe

For the humanities, however, the situation is a bit bleaker. Literature, classics, history, film and philosophy may all be interesting subjects, but struggle awkwardly with the question of ‘relevance’ and the pernicious thought that they are merely symptoms of wealthy cultures and people with too much time – privileged indulgences with little connection to or bearing on the ‘real world’.

But left to science, the description of this real world comes to bear no resemblance to the world in which we actually live – a world comprised of desire, grief, pain, anxiety, ambition, delight and occasionally even joy. Despite its ability to explain and manipulate the natural world, its findings are therefore incapable of providing any guidance about what to do and how to live.

If the sciences come to form the foundation of the way we understand ourselves and are held as the peak of human endeavour, we risk chronically marginalising the existential human issues which form the backdrop to our lives: “questions of the meaning or meaninglessness of the whole of this human experience”. It is no coincidence that Husserl was occupied with such thoughts in 1936 – and formed them under the title The Crisis of the European Sciences, by which he understood Western intellectual practice in general. For what, if not a sense of meaning, is supposed to act as a guide in life – and what, in its absence, is likely to take its place? The often fraught nature of modern experience suggests that as a new metaphysics, as the new authority on world ‘as it really is’, science leaves us cold. Perhaps knowledge will always ring hollow unless it is coupled with something more essential, something pertaining more directly to what it means to be human. And perhaps this is where the humanities come in.

w today would be inclined to ask: what’s the point of science? This reflects a general prejudice of the modern world which ascribes particular value to scientific study. Biology, chemistry, physics, mathematics, along with their practical applications in subjects like medicine, engineering and economics, are all perceived as contributing to the progress of society to such an extent that the technology and innovations spawned of these sciences underpin our very understanding of civilisation. Beyond life expectancy, the differences between the so-called First and Third Worlds, for example, could be reduced to their respective states of technological development. To be civilised is to be industrialised.

Whether Nietzsche questions the idea that comfort and security are legitimate aims for life in Zarathustra, or Kubrick wonders about the corrosive burden of secrets through HAL’s breakdown in 2001: A Space Odyssey, or Orwell probes the connection between surveillance and conformity in Nineteen Eighty-Four, or Arendt rather disturbingly associates banality and evil after attending the trial of Adolf Eichmann – these are just a handful of the questions with which the humanities are concerned. As much as the Cambridge predilection for the words ‘private’ and ‘member’ might otherwise suggest, such questions are not supposed to be locked up in the ivory tower.

In the 1920s, the playwright Bertolt Brecht wrote: “First comes food, then comes morality.” In a modern Western world which has largely solved the immediate concerns of survival – bread is in plentiful supply, and, for most of us, the question is not how am I to survive, but how am I to be happy, or, more philosophically: how am I to live? – it’s high time to reprioritise the study of the human spirit. The questions raised in this field are some of the most pressing that we are capable of asking. Beyond technological advancement and physical comfort, a truer marker of civilisation might be human fulfilment – a gauge which, although too qualitative and even naïve for our current ‘rational’ outlook, would at least set us on the path to creating a collective space aimed at true human development.

Link to Article
Tags:
Defense of the Liberal Arts
May 2018 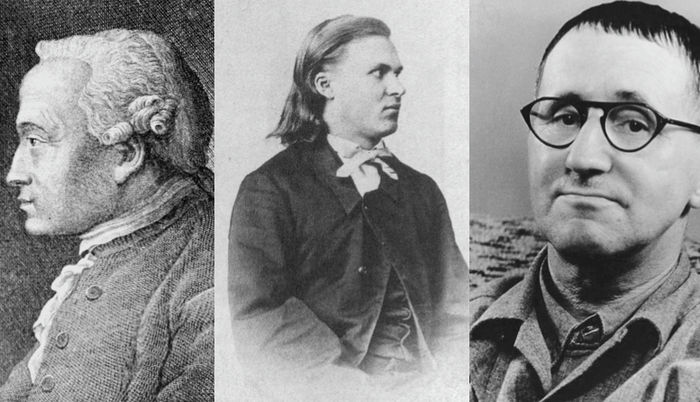