Professor of the Week: Jeffery Stone

Why did you choose to teach at ISU? I wanted a university that had a mix of undergraduate and graduate students, where I could integrate research into my courses and one that was at a location that was close to my family. ISU is large enough that I could teach a range of interesting courses and small enough that I know all of my students and most of the students in our major by name.

Who is your favorite sports team? The Washington Capitals (hockey); I am apparently fond of tragic stories in sports teams.

What can you share about your research? My research involves studying the skeletons of tiny algae (diatoms) and using that to figure out how the environment they lived in changed through time (usually in response to climate). I’m basically a paleontologist, but with algae instead of dinosaurs. Most of my research takes place in lakes, wetlands, or rivers. Sometimes the work involves algae that isn’t dead yet and sometimes it involves algae that’s been dead for millions of years. Because I work in some pretty remote areas, sometimes I find some algae that no one has ever seen before, and I get to name it.

Which class do you enjoy teaching the most? I like aspects of all of my classes, but probably my favorite is Lake and Wetlands. It’s a challenging topic that integrates physical, chemical, and biological sciences, but there’s enough fun stuff that we can do in the course (field trips and lab work) that it never gets boring.

Favorite author? This is a tough question for me. I go through phases in my reading, but I think it is a three-way tie between: Gabriel Garcia Marquez, Salman Rushdie, and Franz Kafka. I am a fan of magical realism.

Where do you go to work or write? This isn’t an exciting answer, but really my office and my lab. However, the better question might be when do I do my work or write – to which I would answer, weekends, late at night, and over the summer. The fewer people that are around me, the better I can write, basically.

What advice would you give to undergrad students? Don’t treat the university as a series of tasks to be completed. The courses in your major should be interesting to you and if they aren’t, you should consider finding some that are. If you are curious about the things you are learning about, your courses will always be easier than if you treat them as a task.

If you could travel anywhere in the world, where would that be? Why can’t I travel anywhere the world? One of the great things about being a scientist is that we get to travel all over the world. To be a bit more direct: New Zealand would be interesting.

Who is your role model? Charles Darwin. He never lost his curiosity about how the world worked and he never stopped trying to provide answers for science. He wasn’t always right, but he was always creative and extraordinarily observant.

What was the most difficult job you have ever had? This one. It’s challenging to balance work, research, teaching, mentoring, and still have time to be part of a family. I work through weekends, summers, and holidays. I deal with some pretty challenging inter-personal situations. Standing in front of a room full of people while trying to figure out how to explain complex scientific ideas is not a simple task. But I think if my job weren’t difficult, it wouldn’t be worth doing.

How do you relieve stress? Photography. Usually things without people in them. Based on my Instagram page ( @jefferystone ) I apparently have a lot of stress that needs to be relieved.

Do you have any funny stories to share from being a professor? Oh, I do, but I don’t think I should.

What is the most frustrating thing you see students do? Push a handicap button to open a door instead of opening a door by pushing or pulling it open when they are perfectly capable. It’s just wasteful.

Where is the most interesting place you have been? I’ve been to a lot of really interesting places, but I think my favorite was the week I spent in Ethiopia (Addis Ababa, mostly). It changed how I view our world.

What is one thing you really want but cannot afford? An Olympus M.Zuiko Digital ED 300mm pro lens for my camera. I can’t justify spending $2,400 on a camera lens, but I promise you that I would take some beautiful pictures with it. My birthday is in July, if someone is looking to sponsor my stress relief.

What do you tell people who do not believe in climate change? I ask them to explain to me how Atlantic Merdional Overturning Circulation works. If they can’t, then I suggest to them that they start with understanding the basics of atmospheric-oceanic interactions before trying to explain my field of study to me as if it were an opinion rather than the result of half a century of scientific research. That’s a snarky answer – but in reality, you can’t change someone’s mind about something if they formed an opinion without understanding how it actually works. Most people who don’t ‘believe in climate change’ are just treating it like it’s some kind of team sport where they belong to the rival team. They were probably told to believe something by someone they respect (or a website that claims to understand it) and they do - I don’t try to fight that, because it’s a useless battle. I don’t want to get into a discussion about politics or opinions. If they want to learn how the science actually works, however, I am happy to discuss that. The evidence is overwhelming, which is why this hasn’t been a real debate in the science community for thirty years now.

How do you recommend people get involved in protecting the environment? I guess start by not pushing the handicap button when you can just as easily open a door (joking! kind of) If we want to protect our environment, we need to first realize how we are affecting it. There are so many different ways that people could get involved today – anything from just giving some money to groups that protect the environments, to making a change in your own lifestyle, to getting directly involved with citizen science. For me, the most basic thing you could do is vote for a government that represents your environmental interests. No one person or organization is as effective as our government agencies at effecting change across the broadest swath of our population. Outside of that, it comes down to what you feel you can afford to contribute (either time or money) toward the cause.

Why are you looking to research Lake Tanganyika, New Zealand, and South Africa? Lake Tanganyika is one of the largest and deepest lakes on planet Earth and the region represents one of the main cradles of early humankind. I find it interesting because the lake has an extremely long (millions of years) sedimentary record that allows us to explore questions about climate change, endemism, and evolution. My recent grant proposals have been looking at trying to use Lake Tanganyika to reconstruct ecological food web interactions through time – basically taking what modern ecologists have determined about the existing relationships and see how they changed with long-term changes in climate.

What can you share about the ISU Paleolimnology Laboratory? I have a lot of great students that work in my lab doing research around the year. This includes both undergraduate and graduate students. We work on projects from around the world and spanning from millions of years ago to stuff happening in the Wabash River today.

When did you know you wanted to study Geology? I took two geology courses in my freshman year to fulfill my science requirements – mostly because I had an Earth Science class in high school that I thought was interesting. About half way through the semester I realized that while I could occasionally justify not attending some of my other courses, I never wanted to miss a lecture in my Geology classes. After taking two more geology classes the following semester and another the semester after that, the advisor for the program contacted me, pulled me into his office, and asked me if I was planning on changing my major to Geology because I was taking a lot of Geology courses and doing quite well in them. It was then that it struck me that I probably should change my major and study Geology – which (oddly) hadn’t even occurred to me before then. Sometimes we just let our feet lead us in the right direction, I guess.

Why is your work and research important for ISU and the world? I collaborate on a lot of interesting science projects with a lot of international scientists. My work involves describing new species, cataloging environmental changes that had the potential to impact human evolution, and major climate transitions or human impacts on the environment. There really aren’t a lot of professors in US university institutions that do the type of work that I do with diatoms (algae). This has led me to be pretty productive and to be able to develop a bunch of interesting research questions for my students to attempt to resolve. I think because of this, my work and that of my students can provide critical answers that most other fossil organisms cannot about lake systems. I think the research is important for ISU because it has the potential to draw in quality students to our programs and help develop those students into strong early-career scientists. The success of my students is typically how I measure my own success as a scientist. 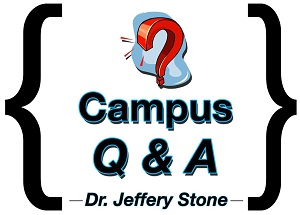