What critics of a liberal arts and sciences education are missing

In John Stossel's recent column, "What everyone's afraid to say about college and jobs," he fails to mention that an education in the liberal arts and sciences creates pathways to a productive, meaningful and engaged life. Indeed, a free and self-governing society depends on broadly educated citizens.

In “The Case Against Education: Why the Education System is a Waste of Time and Money,” Professor Bryan Caplan – who is quoted in the Stossel column – suggests streamlining college and removing unnecessary courses in the name of educational austerity.

Yet researchers have found that one top factor associated with six-figure salaries is taking courses outside your major. As George Anders notes in “You Can Do Anything: The Surprising Power of a Useless Liberals Arts Education,” opportunities will often arise at the junctures between two disciplines in our rapidly evolving high-tech future.

In announcing his new multimillion-dollar innovation center at Yale, for example, Alibaba co-founder Joseph Tsai spoke of the need for students to “gain comfort with taking risks – with framing the problem, thinking in an interdisciplinary way, and trying ‘out-of-the-box’ approaches. This is the driving force behind innovation.”

Today’s college students should explore topics that may not generate immediate returns but can fuel the long arc of their careers. The returns often come sooner than one might think.

For example, students who are more interested in medicine and engineering find that taking rigorous classes in anthropology, philosophy, history and creative writing helps them better understand future patients or the end users of their technology.

An engineering professor at a leading liberal art and sciences college was asked what the most important attribute was for an engineer. She replied: “Empathy. Engineers build things. To do so, we must understand the people for whom we are building them.”

The professor encouraged all her engineering students to take humanities classes, precisely for this purpose. It is no wonder that 80 percent of Nobel laureates in the sciences can point to specific ways that the arts boosted their innovative abilities.

Don’t just take my word for it. In “The Future Computed: Artificial Intelligence and its Role in Society,” Microsoft president Brad Smith argues that “as computers behave more like humans, the social sciences and humanities will become even more important. Languages, art, history, economics, ethics, philosophy, psychology and human development courses can teach critical, philosophical and ethics-based skills that will be instrumental in the development and management of AI solutions.”

Instead of focusing our efforts on improving educational outcomes and quality teaching, Caplan suggests that we shift the educational burden from taxpayers to students and their families. He fears the experiment won’t ever happen. Alas, as a result of the Great Recession, it already has.

A total of 44 states spent less on higher education per student in the 2017 school year than in 2008, even as more students enrolled. And that’s the problem.

As states have slashed higher education funding, the price of attending public universities has risen faster. For the average U.S. student, increases in federal student aid and the availability of tax credits have not kept up.

This shift – from viewing college as a public benefit to viewing it as private good – jeopardizes the ability of many to afford a quality well-rounded education.

China, on the other hand, is investing heavily in building world-class universities to become a higher education superpower in the modern knowledge economy.

In fact, China and India are integrating the arts and sciences into their higher education models to foster more innovation. They have learned from the United States that higher education is in fact the powerful engine that drives a 21st century economy.

There are many ways to measure the loss caused by the inability of America’s young people to attend college. One is that higher education is key to their long-term success.

According to Richard Arum and Josipa Roksa –  the authors of “Academically Adrift: Limited Learning on College Campuses,” students majoring in the liberal arts and sciences saw bigger increases in “critical thinking, complex reasoning, and writing skills” than other majors.

The liberal arts and sciences are not only critically important for individual career success and the overall national economy. They are also essential to our country.

At the time of our founding, President George Washington told Congress: “The assembly to which I address myself is too enlightened not to be fully sensible how much a flourishing state of the arts and sciences contributes to national prosperity and reputation.”

Washington was correct. The crisis today is not that too many people are attending college but rather that fewer people have access to a well-rounded education. That is the real crisis that demands our attention. 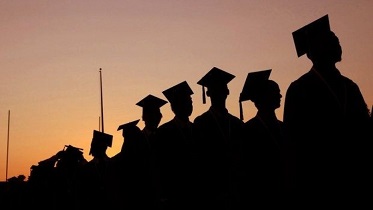