DANVILLE – Danville Area Community College speech instructor and co-theater director Glenda Boling has spent her lengthy teaching career encouraging her students to find their voice and overcome their fears – whether it is the fear of public speaking or a case of stage fright.

After more than two decades of service at DACC, Boling retired last month.

Although her career educating teens and young adults in high school and community college spans 50 years, Boling said she believes education — and the students’ willingness to learn — has remained unchanged from when she first started teaching.

Before arriving at DACC, Boling said she had taken some time off from teaching at Fountain Central High School, where she sponsored many classes.

“My daughter was off in college and my son saw an ad in the newspaper for a part-time speech instructor at DACC,” she recalls. “I hadn’t taught for 13 years so I could raise my kids.”

Boling found teaching at DACC to be a rewarding experience and not too different than teaching speech class at a high school.

“I loved it,” she said. “I could be sick and walk into my classroom and see my students’ faces and instantly feel happy.”

Her dedication to her students — no matter their age — and her knack for boosting students’ confidence earned Boling a William H. Meardy Award for Outstanding Faculty from the Association of Community College Trustees in 2007.

“I always found if you teach to what the student needs, they will be successful,” she said.

Public speaking can be especially challenging for some, but Boling always was able to soothe students’ nerves and help them overcome their fears, even if it meant her cooking a dinner of comforting food for them.

“I have always learned more from my students than they learned from me,” she said. “Occasionally, there is a special moment, such as one spring semester on final exam day, when a student said to me, ‘Thank you. I had taken speech class two other times and did not complete. I would come to campus ready to give my speech but could never come inside. You gave me the courage by telling me I could do it, and you would be with me every step of the way.’

One of her more popular class assignments was the after-dinner speech.

“I took them to Bremer (Center) and cooked for them,” she said. “After the meal, the students would give their speech like at a formal dinner.”

Another assignment that sometimes was met initially with reluctance was asking her students to get up and speak before an organization meeting or church congregation.

“They didn’t like it at first, but afterwards they would tell me they were glad that they did it,” she said. “Speaking in front of a group they were familiar with helped give them the confidence they needed.”

Boling said she has “thousands of favorite memories,” but when asked to pick one, she said it would be bringing the first play, “Daddy’s Dyin’ ... Who’s Got the Will?” to DACC.

“I had set up only 100 chairs in Bremer Theater, and I had to set up another 100 to seat the audience,” she recalled. “This was something special that the community college wanted theater. The 20 students who were in the class wanted theater.”

Boling, who was instrumental in starting the theater arts program in 2003 at DACC, said, “Everything about it (theater program) was fun.

“I can’t help but think of all the students that this program has given a voice to that had been bullied or that had struggled in life,” she said.

Boling also made sure the members of the DACC Players had the opportunity to experience theatrical productions that were grander than what could be pulled off at the Bremer Theater.

“We try to take the students to Butler and the University of Illinois to experience their theater programs,” she said. “I’m amazed at how many haven’t had these experiences.”

“I love to cook,” she said. “I cooked a lot for my students.

“I also wrote a cookbook to fund a scholarship and it sold 800 copies,” she said.

“I know I will cook for people once or twice a month who are shut-in or need some extra help,” she added.

Boling said she will always cherish the time she’s spent with her students.

“Teaching is lovely,” she said, “and occasionally you’ll see that you’ve made a difference in a student’s life.”

Education: Graduated Covington, Ind., High School; earned a Bachelor of Arts from Purdue University and a Master of Science from Indiana State University.

Experience: Has spent 23.5 years as a speech professor and co-director of DACC’s theater program; and seven-and-a-half years as a speech instructor and theater director at Fountain Central High School, Veedersburg, Ind. 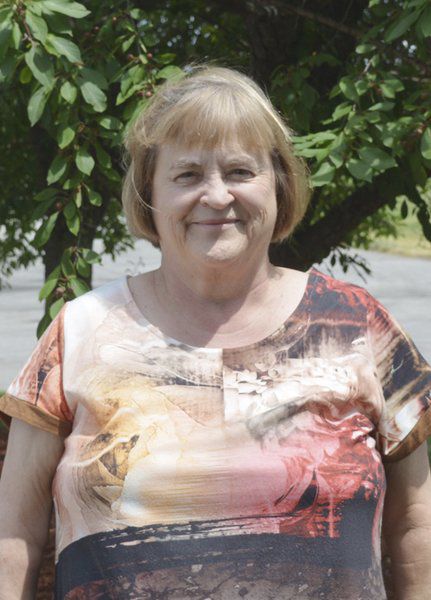